Finals of the Holiday Classic

The Suba Lakers Holiday Classic Tournament concluded on Friday with very competitive matches in the semifinals and finals.
In the first semifinal played at Mbita High School Beatrice Robai opened the 1st half with a goal to put Victoria ahead against Kisumu Leeds.  Leeds was able to equalize on a strong shot by Eunice Herald.  In the end Engesa Teresia hit a blazing shot past the keeper to seal the win for Victoria and punch their ticket to the finals.  In the 2nd semifinal, highly favoured Rongo Constituency drew first blood when Jacky Ogol collected the ball outside the box and struck it into the top left corner.  The Hosts Suba Lakers fought hard and were finally rewarded when Judith Mayor headed in a cross from Caren Akeyo to tie it at 1-1.  In the final five minutes Rongo captilized on a goal keeping error to slot home the winner by Christine Avilia.
In the fifth place match Goretty Girl and Sindo Stars battled hard, but were unable to score in regulation and.  In extra time Goretty girls had a golden opportunity with the ball in the box at in the dying minutes, but failed to capitalize.  Sindo Stars emerged victorious on penalty kicks by a margin of 2-1.
In the third place playoff, rivals Kisumu Leeds and Suba Lakers played each other for the 2nd straight day.  Previously they had drawn 0-0 in a high intensity battle.  In this game Suba Lakers dominated the first half.  They thought they had scored early on by a free kick, but the celebrations ended prematurely when the ref signaled that it was an indirect kick and gave the ball back to Leeds.  In the second half, Leeds began taking control of the game and their hard work resulted in a goal halfway through the final period by Herald Eunice. 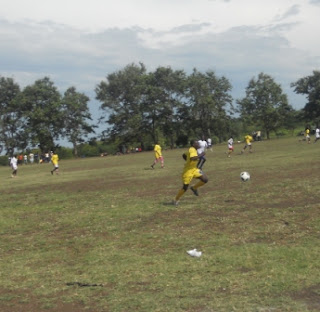 In the finals, Victoria from Kendu Bay met up with Rongo Constituency.  It was a well-played, entertaining game that thrilled the fans from around Mbita that came out to enjoy quality ladies football.  The Rongo team had several players that just returned from Lesotho where they had played for the National Under 20 team.  Rongo broke through in the 2nd half to defeat Victoria for the 2nd straight day 1-0. 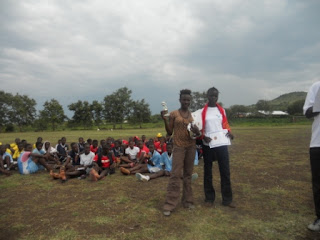