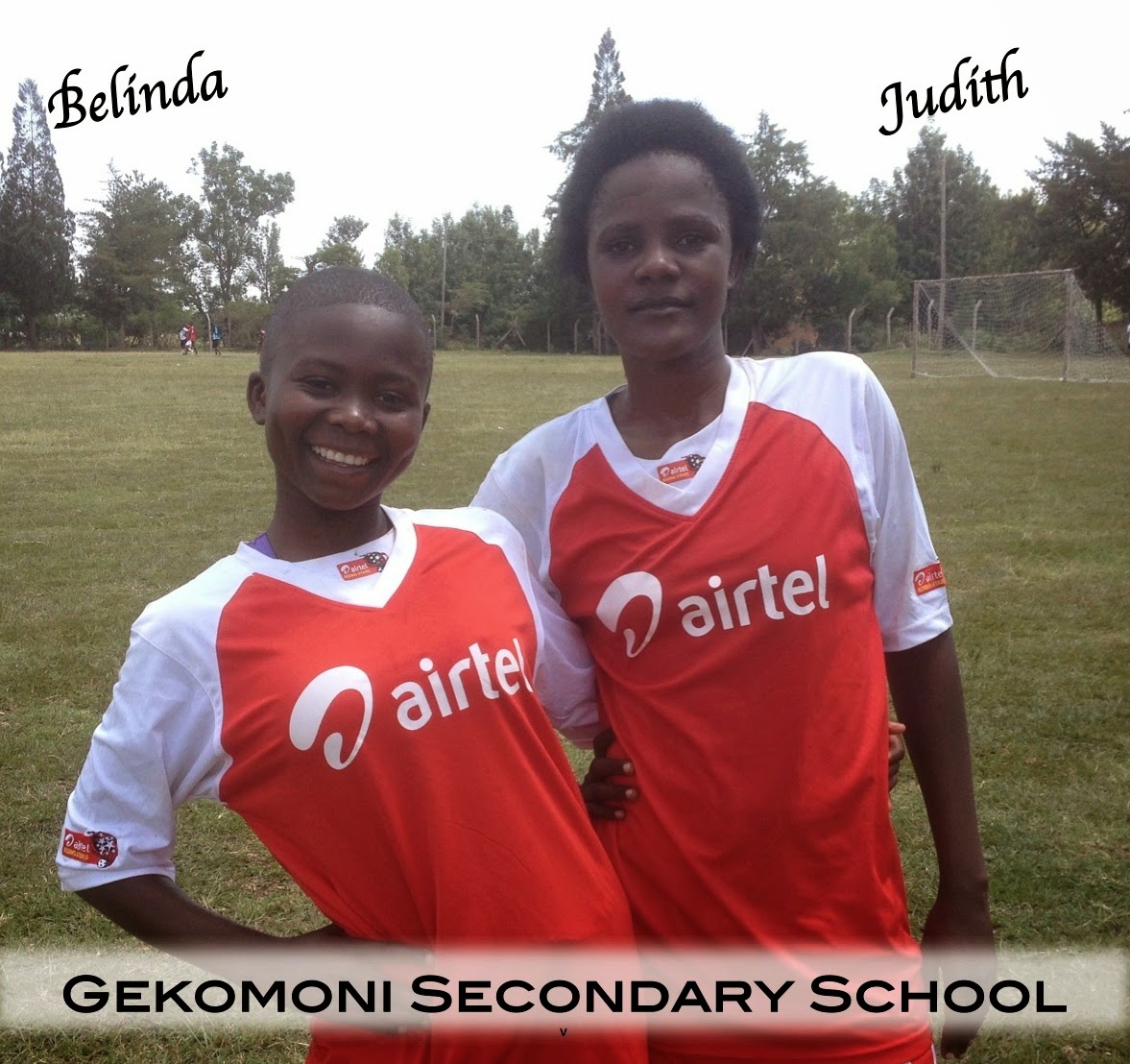 For the first 3 years of high school, Belinda Awuor and Judith Mayor have played on great teams which always reached the Semifinals in the Secondary School Regional Ball-games.  But each year they fell just short of the championship. In the first two years, they lost by a goal in the semifinals.  Last year they came even closer by drawing in regulation and in extra time before narrowly losing on penalty kicks.  That was the most painful loss because they played so well and came so close; and for Judith it was even more painful because she missed a penalty kick that could have won it for them.

This year they were determined to become champions in their final year of high school.  Judith was named the team captain and Belinda was definitely the spiritual/emotional leader of the team.  Just like in past years, they again helped Gekomoni Secondary School cruise to easy victories in the Zonal competitions, as well as the Sub-County and County tournaments.  They reached the Regional Tournament with a lot of confidence, but even more determination.

To understand their level of determination, it is important to flashback to their childhood...

Both girls grew up as orphans, being raised by single mothers who struggled to provide for their big families.  During primary school, Judith and Belinda both made some bad choices which brought even more challenges into their lives.  Growing up in those situations, it was difficult for them to attend school regularly which greatly affected their academic performance.  The opportunity to play football helped motivate them to stay in school.  Eventually they reached 8th Grade and were able to take the National Exams.  When they received their results, they were far below the pass mark.  Their parents/guardians, as well as the Suba Laker Club Officials, wondered if that would be the end of their education.  Since most secondary schools don’t take students with low National Exam scores, everyone was concerned that these girls might have no option except to get married at a young age and begin a family.  It is a fate that many girls in this region accept because of various circumstances.  These two girls were not ready give up though! 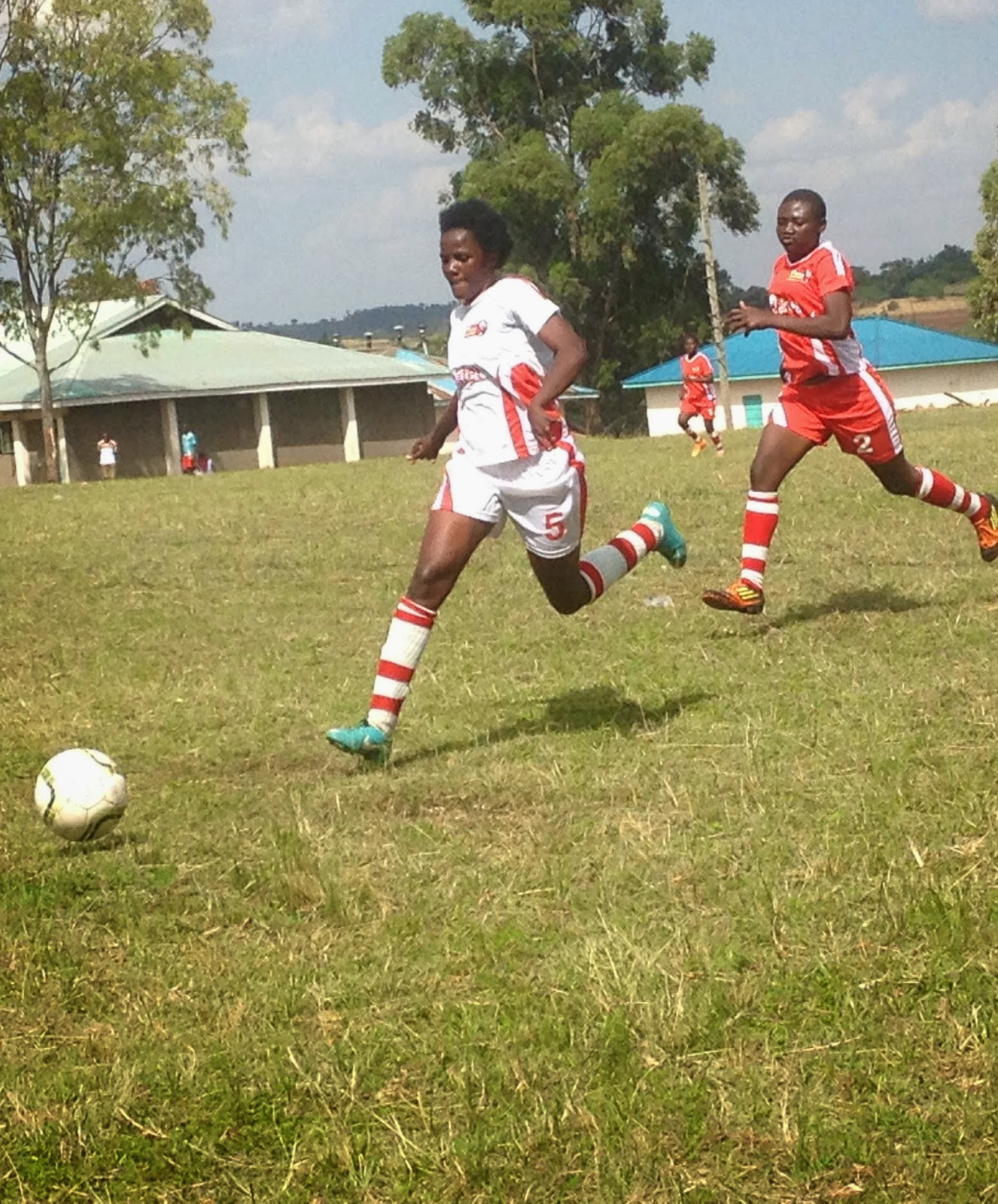 Fortunately for them, they had a talent in football.  Because of their ability, a coach from Kisii called the Suba Lakers and said he would help find a school for Belinda and Judith.  Not only did he find them a school, but he also offered to pay their school fees; all because they were good in football.  They were given the opportunity to continue playing football, but more importantly, to continue in their education.

Four years later in 2014, they are now in their final year of high school and getting one more chance to win the Championship.  In the Regional Tournament, Gekomoni dominated their pool in the preliminaries by defeating Nyahera 1-0 in the opening game and then thrashing St. Gema 4-0 in their 2nd game.  Having already won their pool, they lost a meaningless third game 1-0.   They had reached the semifinals for the fourth consecutive year.  In the Semifinals against Ugari, Judith atoned for last year’s failure by placing a free kick over the heads of the defenders which allowed the Gekomoni striker to outrun them and score a goal towards the end of the first half.  They held on for a 1-0 victory and had finally qualified for the Championship Game! 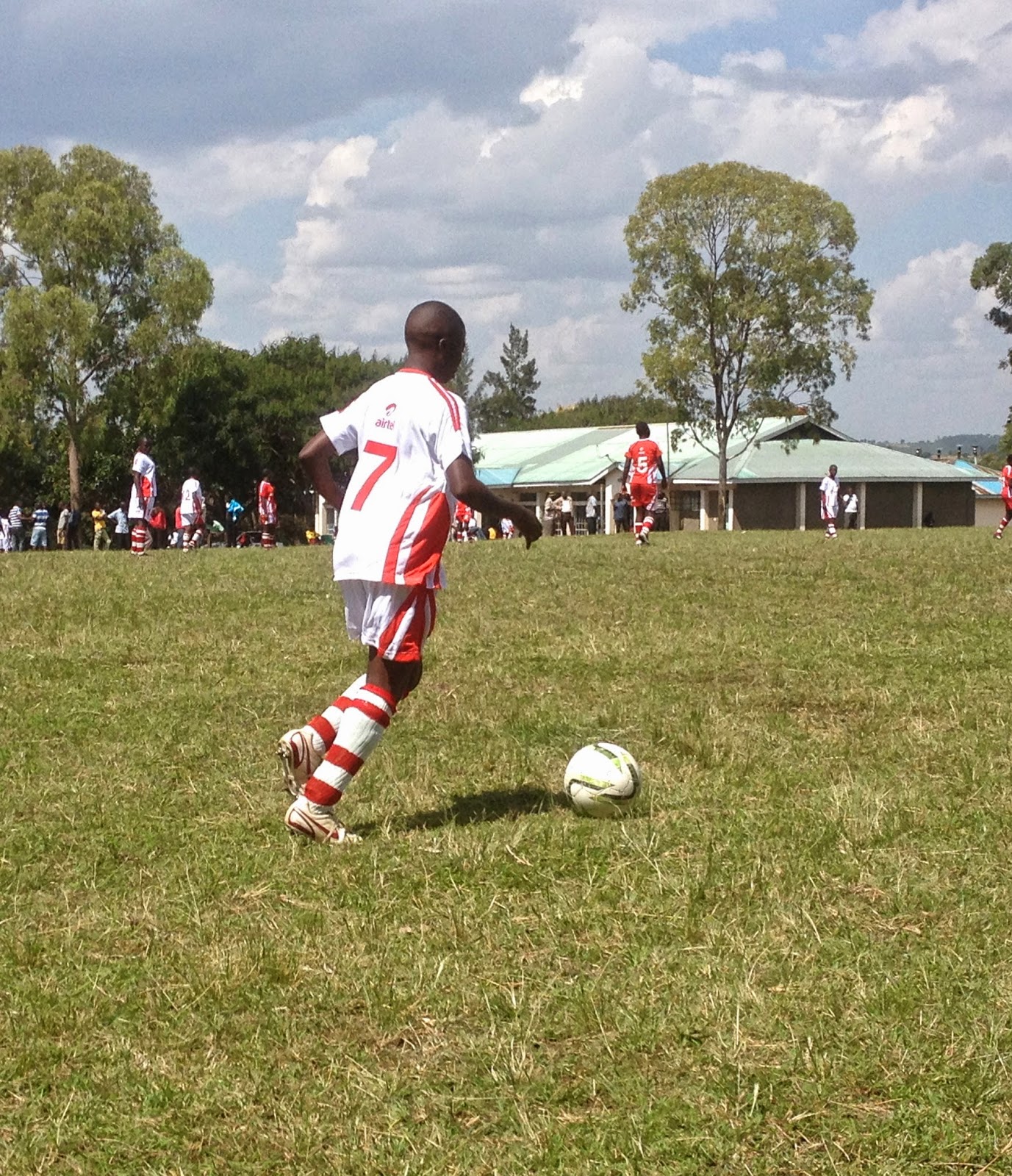 For the Finals match, they were pitted against last year’s runners-up, Nyakach Girls High School.  Nyakach had won their pool and easily won their semifinal 3-0 which had led many people to pick them as the odds-on favorite.  Gekomoni didn’t worry about what others thought and came out fighting in the Finals, playing their best game of the tournament.  They showed more aggressiveness and created multiple opportunities to score, but the cross-bar and the Nyakach goalkeeper thwarted their efforts each time.  Judith was the team orchestrator in central mid-field, while Belinda was the defensive stopper that no ball could pass.  Eventually, the match went into extra time, but neither team managed to score.  This championship to determine which team would represent the Lake Region at Nationals would come down to post-match penalty kicks.

The Gekomoni goalkeeper had a great tournament, only allowing 1 goal in 5 games.  She stepped up even more in the post-match penalty shootout by not only blocking 3 shots, but also by converting her own penalty kick.  Gekomoni took the trophy by winning 3-2 in penalty kicks.  The team and their fans celebrated by picking up Belinda and carrying her on their shoulders.  It was a glorious moment for both Judith and Belinda after having come up short in their first three tries. 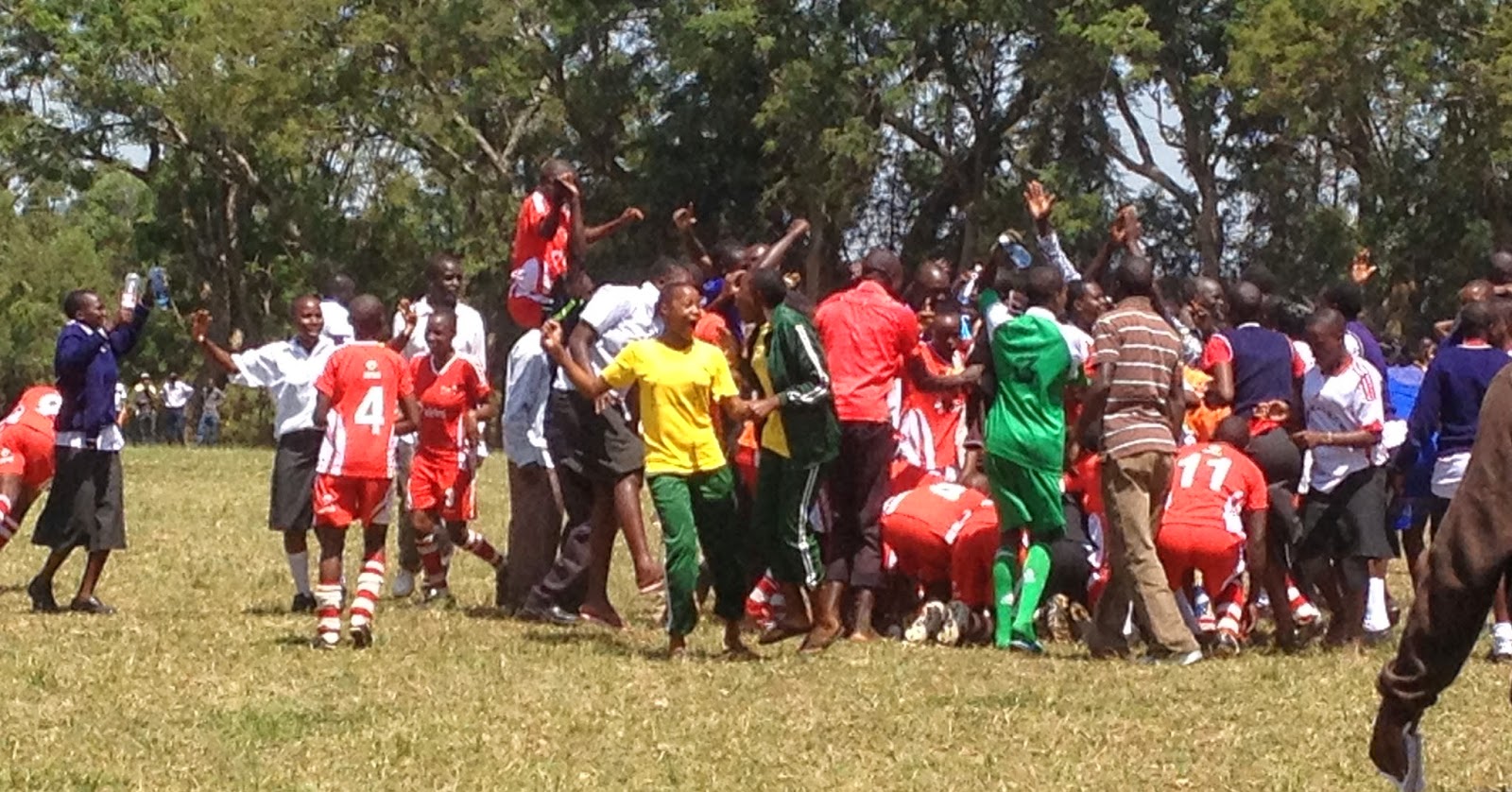 In early August, they will travel with the Gekomoni team to Kakamega for the Kenya National Secondary School Finals.  It will be the 3rd straight year that the Lake Region representative will be led by Suba Laker players.  If Judith and Belinda continue on with that same determination and perseverance, they will be successful at Nationals, but even more importantly, they will be able to graduate high school and be successful in life!

Posted by Daneen at 4:15 AM No comments: