A Pat on the Back

After losing in the finals, I was pretty disappointed like most of the team. What really bothered me though was the way we lost. That morning, one of the players had been caught stealing from her teammates in the dorms. Several others were being lazy and didn’t want to come for warm-ups before the match. A couple of others were quarrelling with each other throughout the warm-ups. During the match our best player was supposed to be playing as a striker, but kept falling back in defense because she didn’t trust her teammates. Others got annoyed and angry after the first goal and just started kicking balls hard instead of passing while others tried to do everything themselves. At half-time several of the players weren’t listening to the head coach and were sitting away from the team looking in another direction while others were crying acting like the game was over already. 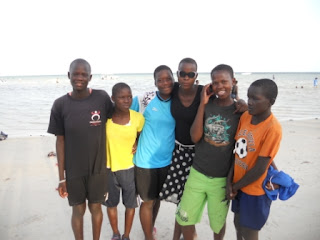 As I was sitting alone and thinking about all of that, God showed me something. He showed me the stark contrast between these other girls from different parts of the province and our Suba Laker girls. While all of that other stuff was going on, our six girls never had any problems in the dorms or with their teammates. In fact, they were always the ones helping out the chaperone and the team manager with various duties or chores. They were constantly working hard on and off the field and were always where they were supposed to be at the right time. They listened to their coaches, trusted their teammates and played good football. They didn’t lose hope when we fell behind, but kept on fighting hard throughout. They were trying to encourage their other teammates in a positive way. They showed the essence of what sports is all about. I would hate to think of what would have happened without them. It was the same with last year's team also.
God reconfirmed that the reason he has opened up these doors for me in sports here in Kenya is not just to win games and championships and produce national players, but to develop the character in these young ones by teaching them good values and morals. We have been doing that with our players in the Suba Lakers and I am now inspired to do it even more. 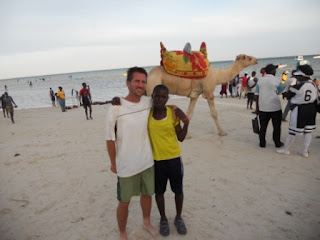 God can use sports powerfully to teach teamwork, goal-setting, self-confidence, obedience, respect and hardwork. It also helps relieve stress and pressure, promotes healthy lifestyles and encourages students to stay in school. At the same time, it can expose them to see new places, meet new friends and can open up doors for opportunities in the future academically and professionally.
After a tough loss, it was like God was giving me a pat on the back to show me that what I am doing is making a difference in the lives of these young ones. We are helping prepare them for a successful future in sports, school and life.
Posted by Joe Peterson at 11:50 PM