A team comprised mostly of Suba Laker girls helped Mbita District reach the finals at the primary school County Championship and also helped Homa Bay County reach the finals at the Provencal Tournament.  After losing in the finals, six members were chosen to help form the Provencal team that will be competing at Nationals next week.  It is quite an honor that out of hundreds of thousands of primary school students in the country, they will be among the very few that make it to the national level.  This week they have been training in Kisumu and will leave on Wednesday to travel to Mombasa on the Kenyan Coast.  It will be the first time all of these girls have gone to the coast and they are really looking forward to seeing the ocean.  The bus ride will take 12-15 hours, but will be well worth it.

The Nyanza team will be competing against the other 7 provinces in Kenya: Western, Rift Valley, Nairobi, Central, Eastern, North Eastern and Coast.  Last year the Nyanza team (with 4 Suba Lakers) reached the finals before losing to the defending champs, Western. 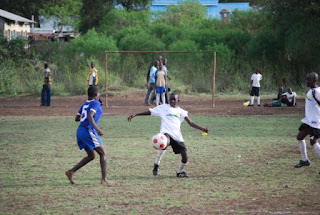 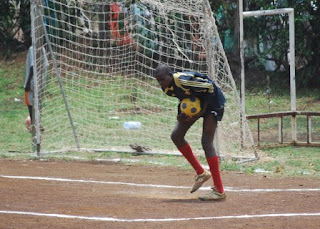 Peninah Akoth- 8th Grade from Gethsemane (defender)
Posted by Joe Peterson at 11:46 AM