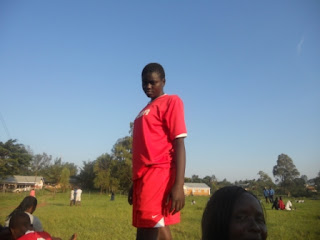 Sometimes, working in Kenyan football can be very confusing and frustrating.  My last post explaind some of the problems (lack of planning and foresight, lack of organization and people constantly changing their minds).  Through all of these things I think God has really taught be a lot about patience, faith and trust.  I am definitely not the same person I was when I began coaching girls football in Kenya four years ago.  Even though the challenges can be great, each of them presents an opportunity to teach our young girls life lessons.  We constantly tell them that they are the future leaders of this country and we need them to step up and do things the right way (God's way).  We need hard-working teachers, coaches, engineers, referees, lawyers, nurses, etc. that do things openly, honestly and with integrity if we want to change this country.


Here is another story from this past week. 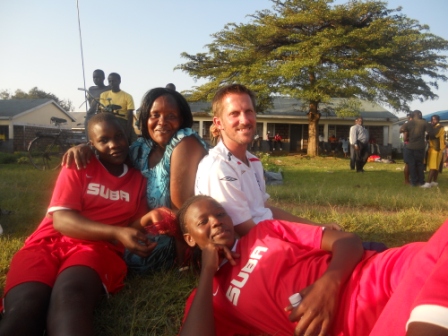 The Cultural festival we attended in Homa Bay was a new idea to bring unity in the newly created Homa Bay County.  They wanted to have many different sports and performances to encourage different talents and abilities.  When we were first invited to participate in the women's football tournament the prize money was so high.  I had a hard time believing they could give that much money to the winners.  A couple of weeks before the tournamnet it was reduced to sh. 50,000 for the winner, sh. 30,000 for 2nd place and sh. 15,000 for 3rd place.  Knowing that we are one of the top teams in Homa Bay County I figured we had a good chance of winning that money so that our players could get some pocket money as the prepare to go back to school this week.
After finishing our matches and securing the 2nd position I went to the tournament organizers to confirm the prizes before taking the girls back home.  That is when I was told that they were giving only sh. 30,000 to 1st place, sh. 15,000 to 2nd place and nothing to 3rd place.  I began complaining and telling them that you can't change the prizes after the tournament is over.  On top of that, they were going to give sh. 100,000 to the first place boys team.  I don't think that is the gender equity the new constitution is promoting.  I argued with different members of the committee for over an hour to no avail.  They even said they would give me my registration money back, but I told them I didn't want registration money, I wanted the prize money our girls have earned.  I told them I was going home quietly today, but would be back tomorrow to collect the prize.  If we didn't get it, then I would be very loud to the media and everywhere else possible.

Once the other team managers found out about it, they had many problems the rest of that day and even met late in the night to try to sort things out.  All the teams refused to finish the boys 3rd place match, boys final or girls exhibition match until the prizes were sorted out.  The next morning everyone was at the field, but no football was taking place.  We waited for several hours for the patron of the tournament who was coming to discuss the matter.  He arrived by 1:00 pm and after a few hours of discussions, we revised the prize money allocation and would be given part of the prize money that day with a promise that the committee would raise the other part of the money and give us in the coming months.  It was something very simple that could have been sorted out a day or two before, but there was one member of the committee that had a difficult time listening to other people's opinions.

So we all headed back to the field to play the final matches.  Unfortunately the fans weren't very happy that no football was taking place so some of them began rioting at Homa Bay stadium, shouting and throwing stones.  They were blaming the organizers for not following through on their promises.  We all had to run away and look for another plan.

Fortunately, we were given a portion of our prize money and were able to go home.  I am not sure if they will ever finish the boys tournament!
Posted by Joe Peterson at 5:38 AM