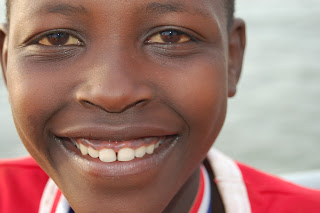 The Suba Lakers went on the road for their 2nd and 3rd games in the FKF Nationwide Ladies Division 1 League.  After dropping a close one at home 1-0 to the league leaders, the Lakers headed out to Eldoret and Kakamega last weekend.

On Saturday in Eldoret they faced Kick to Life.  The field was less than ideal, but they made the best of the situation and jumped on the home team early with a goal from Irine Achieng.  A little later Dorothy Adhiambo was fouled inside the box and Irine slotted home her 2nd goal of the day.  Alicent Awuor rounded out the scoring with a screamer from outside the box.  Kick to Life was very big and fast, but the Lakers defense proved strong and Lillian Awuor did a good job between the posts.  The much younger Lakers held on for a 3-2 victory.

On Sunday, they were in Kakamega to play against Kakamega Muslim who had won their first match of the season in convincing fashion. The first half was played at a very high level.  The Lakers created many chances, but couldn't score a goal.  In the 2nd half, Kakamega scored a goal when it bounced over the goalkeeper.  That bad fortune deflated the hopes of the girls and the Lakers ended up losing 3-0.

Going on the road and getting one win out of two is a good result.  The Lakers are currently in 4th place out of 7 teams in the Western Zone of the league.  Next Saturday (Sep 1) they will be hosting Nyuki in Mbita. 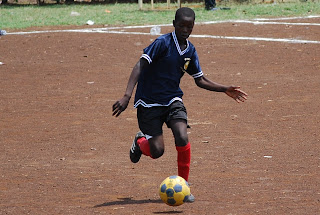