For the first time in history… 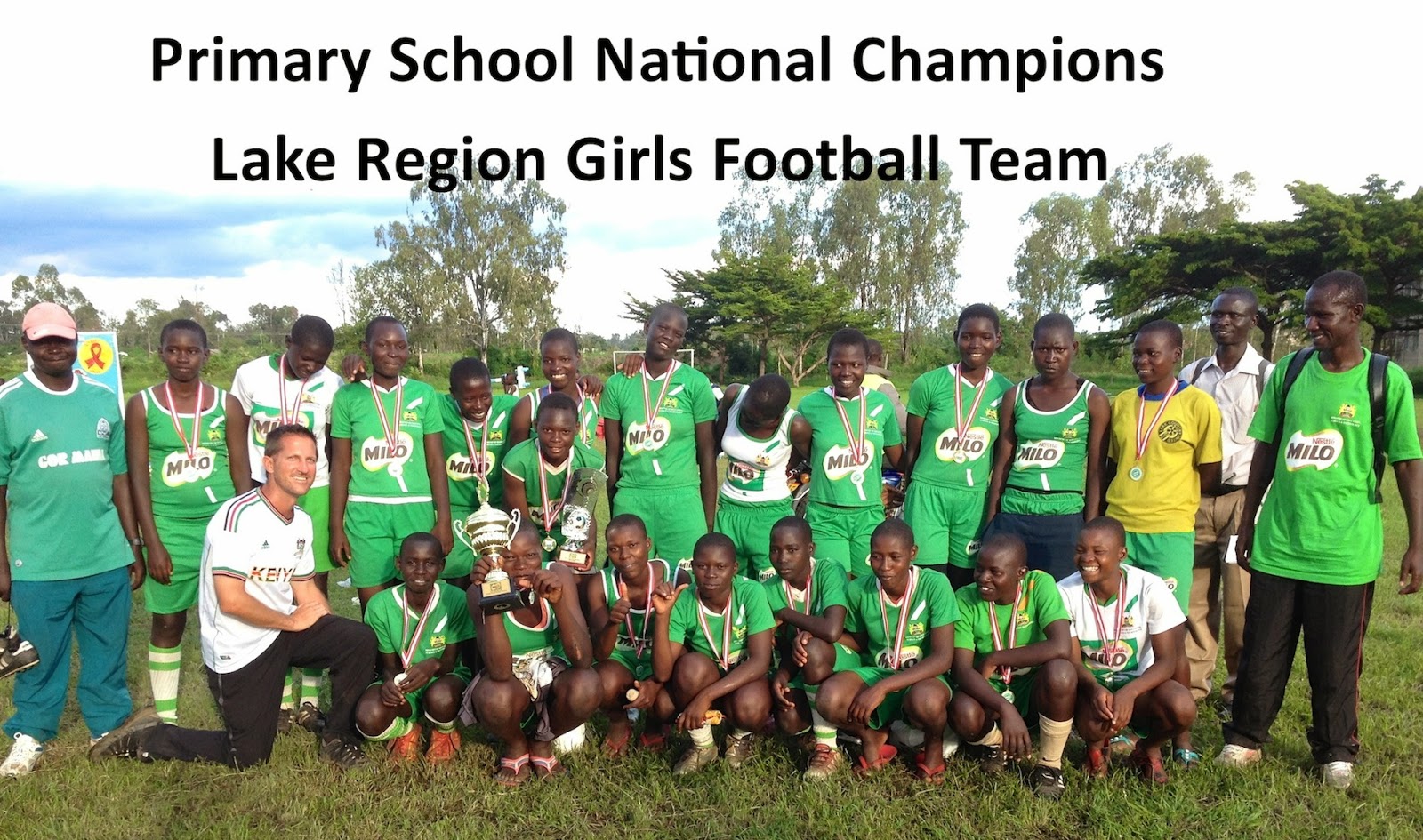 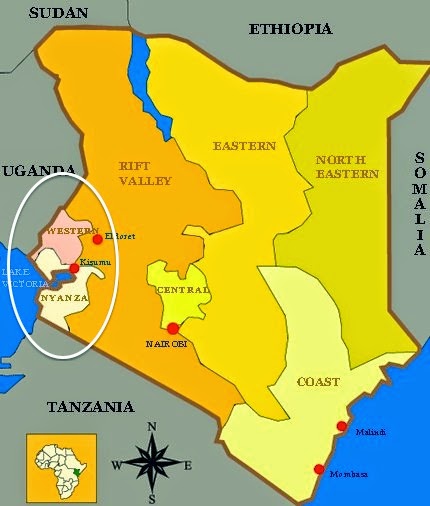 The Western part of Kenya has always been known as the birthplace of football in the country.  Most of the best football players in the country come from the Western Region or the neighboring Lake Region.  Footballers from this area have a long history of dominance in the professional ranks of Kenyan Football in the top 2 premier league teams (Gor Mahia and AFC Leopards).

In the Primary School Ball-games, the Lake Region boys have really dominated the country in football, especially in recent years.  They have won the championship 6 times in the past 10 years.  The girls from Lake Region have always been equally as talented, yet they had never won the championship before this year.  The reasons are not clear, but maybe it was due to tribal differences on the team (Kisii and Luo tribes), or a lack of good discipline or poor coaching.  For the Primary School Ball-games, the coaches select the best players from the different counties within their region.  They train them for one week before participating in the National Tournament which lasts for 3 days.  It is not easy to carry out a proper/fair selection of the best players from the entire region and then teach them how to play together as a team in such a short amount of time.

In recent years, Suba Laker coach Joe Peterson has been assisting Head Coach Job Ochoki in training and coaching the girls for the National Ball-games.  In 2011 and 2012 they helped lead the team to the National Finals, but lost both of those matches.  Last year, 2013, they reached the semifinals, but were eliminated at that point.

Many felt that 2014 could be the year the girls finally win it all.  Most of the girls from last year had returned and were now in their final year of primary school (8th Grade).  Also, the Lake Region was the host for the National Ball-games.  With experienced players and crowd support, the team was very optimistic. Of the 18 players on the team, 10 hailed from Homa Bay County, including 6 Suba Lakers.  This was the 4th time Lavenda Acheing had reached Nationals, 3rd time for Winny Akinyi, 2nd time for Lillian Awuor, and the first time for Eunice Anyango, Lencer Adoyo and June Brenda.  This disciplined and experienced group of players was the backbone of the Lake Region team.  They quickly made friends with the other girls from different places and different tribes.  Lavenda was elected the team leader and Winny the team pastor, leading the team in prayers before and after every training session.  They demonstrated to the other girls the importance of training hard and good preparation.  Many of the other girls acted a bit lazy and complained of sickness or injury to avoid practice, but the Suba Laker Girls came to the field ready to train hard and do whatever the coach asked of them.  Because of that commitment and hard work, 5 of the 6 earned their way in the starting lineup by the time the tournament began.

In our first match with perennial power Western Region, we played on a sloppy, rain-soaked field that led to many defensive blunders.  Lake Region scored 2 early goals to go up 2-0, but Western answered with 2 of their own later in the 1st half.  Just before halftime the girls managed 1 more to go into the break with a morale booster.  The girls added 3 more in the 2nd half for a convincing 6-2 victory over the team that eliminated them the previous year in the semifinals.  With such a large goal differential in the first match, we were able to play many of our substitutes in the 2nd match against Aberdares Region, and still managed to win 3-0 and finish on top of the group.

In the semifinals we faced a big and strong Nakuru Region team.  We scored half-way through the opening half and held on for a 1-0 victory.  That win qualified us for the Finals. 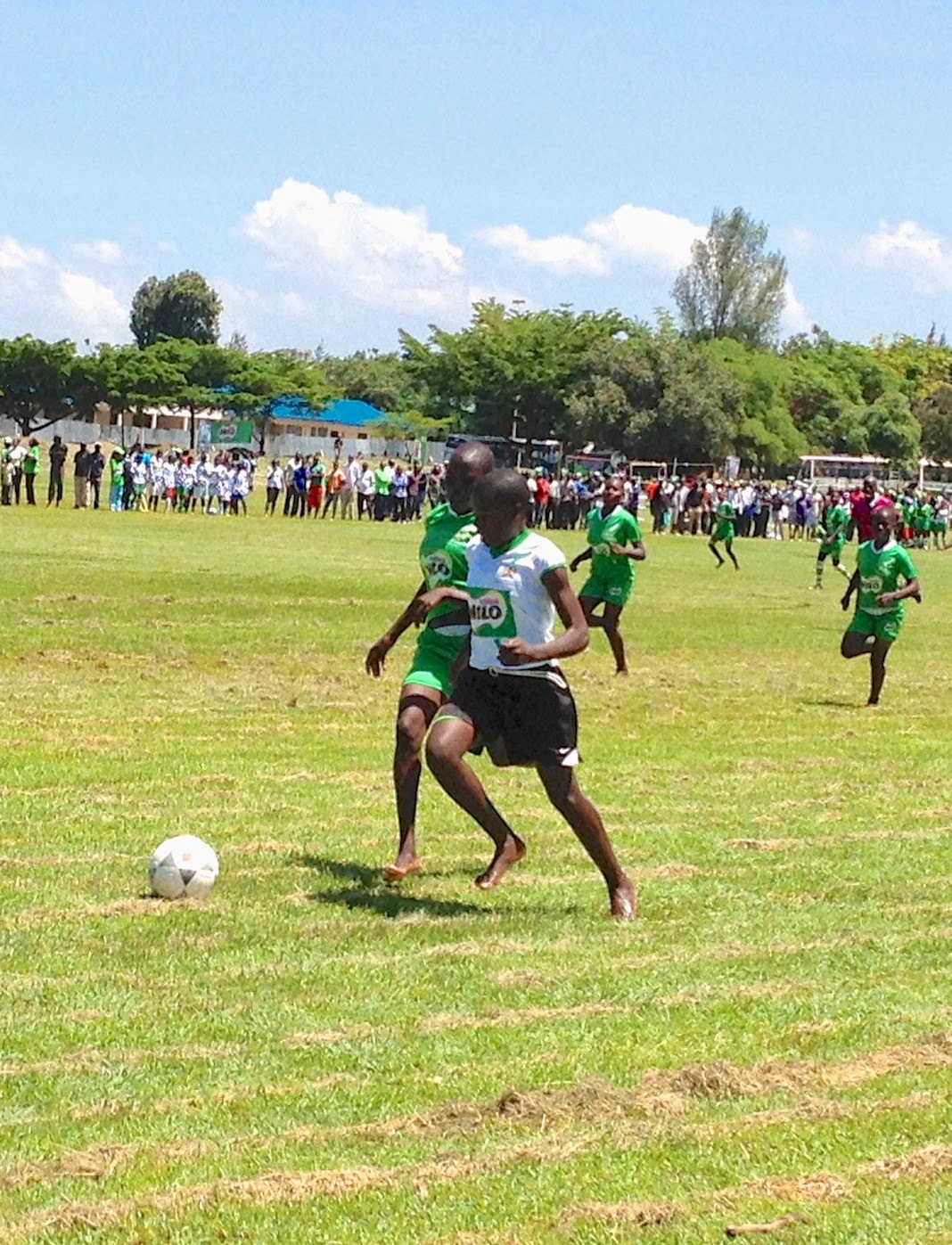 On the championship day, our girls exuded much confidence with the home fans surrounding the field and supporting them enthusiastically. From the opening kick of the Finals against defending champs Nairobi Metropolitan, the Lake Region girls controlled the ball possession and displayed great teamwork.  Their good play resulted in 4 great chances to score in the opening half, but each time they created a chance, a very talented and aggressive Goalkeeper from Nairobi Metropolitan thwarted their bid.  As the 2nd half played out, Nairobi resorted to kicking balls out and feigning injuries to waste time.  Regulation time ended with a scoreless draw and the game went for 20 minutes of extra time.  As the players from both teams got worn down physically, scoring chances opened up, but the two goalkeepers proved up to the challenge.  The match ended without a goal, so it would be up to post-match penalty kicks to determine the National Champion.

The Lake Region Goalkeeper, Lillian Awuor, is an excellent keeper in every way, but is especially skilled against penalty kicks.  During the Primary School Ball-games over the past month, Lillian has won all 17 games her team has played.  Three of those games were Finals that came down to post-match penalty kicks.  Only 3 people in those games were able to get the ball past her.  In the County Finals, she saved every penalty kick that was shot.  She was determined to win the National Trophy, but Nairobi’s keeper was a very formidable opponent.

Asher Atieno and Winny Akinyi scored their penalties for the Lake Region team, but the pivotal moment was when Goalkeeper Lillian Awuor scored against her counterpart.  It gave her the psychological edge needed and helped our girls have faith that they would take the day.  Lillian saved the 5th and final kick to preserve a 3-2 win for the Lake Region as the fans stormed the field jumping, screaming and dancing.

Check out this video of the celebration:

It was a magical moment for all of Lake Region to stake their claim as the National Champions in the Primary School Ball-games for both the girls and the boys! 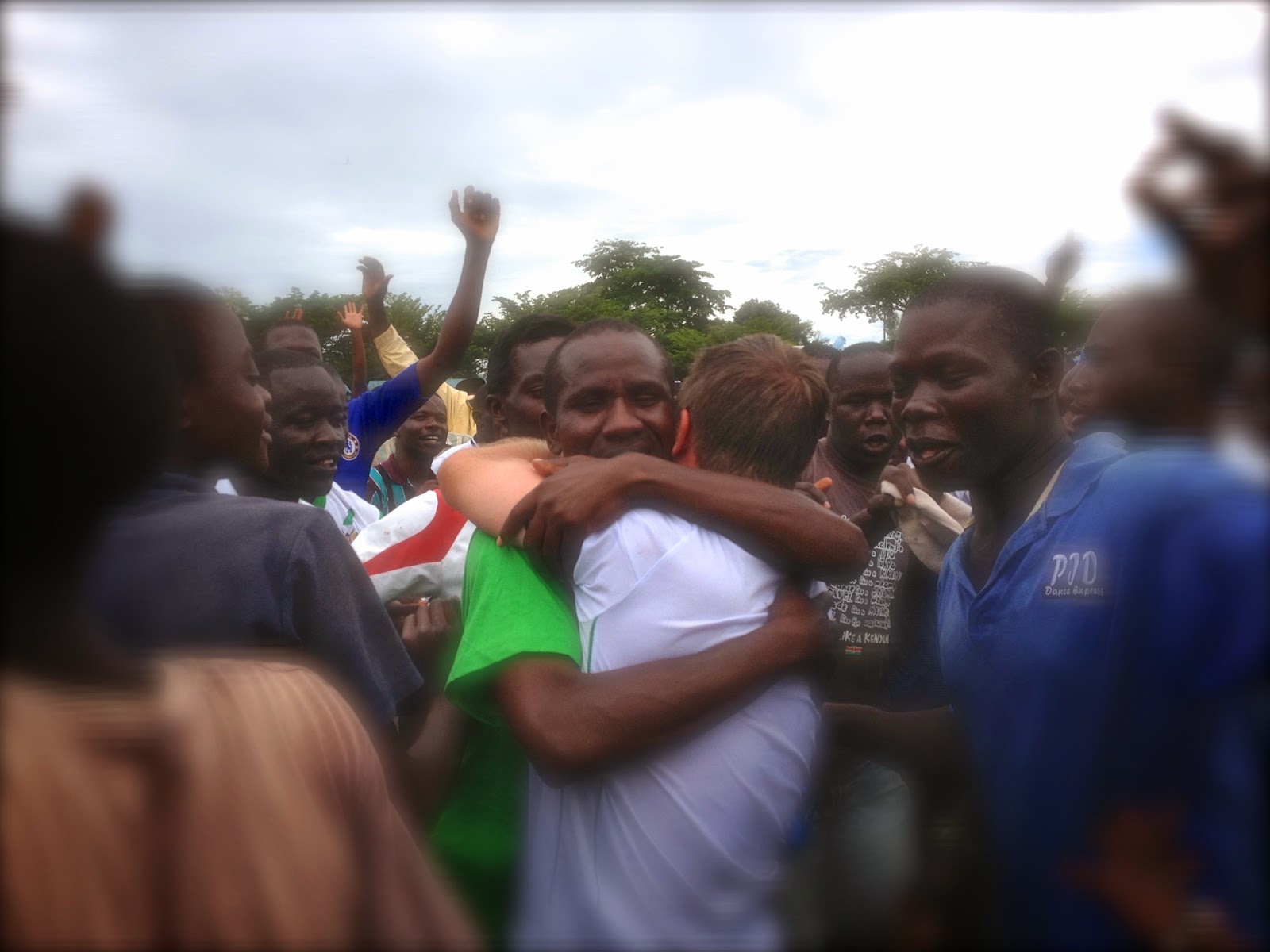