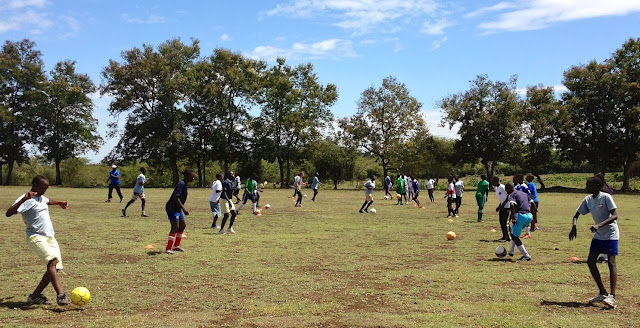 Friday, Nov 29th was our Suba Laker Day.  After every school term ends, we invite all of our Suba Lakers for a day of training together.  During the school term, most of our activities are centered around the primary school girls because the secondary girls are in boarding schools.  This one day together gives us a chance to see each of the girls, collect their report forms, train a little and try to encourage them. 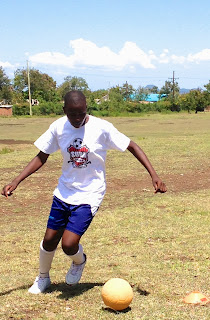 This was one of the best we have ever had!  Most of the girls came on time, and even some came early.  Perhaps, after being on vacation at home for a week, they were ready to get out of the house and do something they enjoy.  In the morning session we invited a special guest coach.  Paul Deilah is the chairman of the Mbita branch of the Kenya Football Coaches Association (KFCA).  He led the 37 girls through different drills and was impressed at their skill level and ability to learn quickly.

We took a short break to eat lunch together while.  While they were finishing lunch, we shared with them about how to use their time wisely in December when they are not in school.  We also shared about setting goals for their future so that they know what they are striving for.   The students who showed good improvement were rewarded with different prizes. 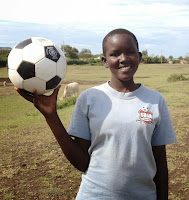 In the afternoon, we selected three captains to choose teams and had a mini-tournament.  Though many of them haven’t played much during Term 3, several impressed us with their energy and effort.

The 37 girls who attended had a great attitude and really enjoyed reuniting with their teammates.  Some of them have known each other for so long that they feel like sisters to each other.

We even took some updated team photos! 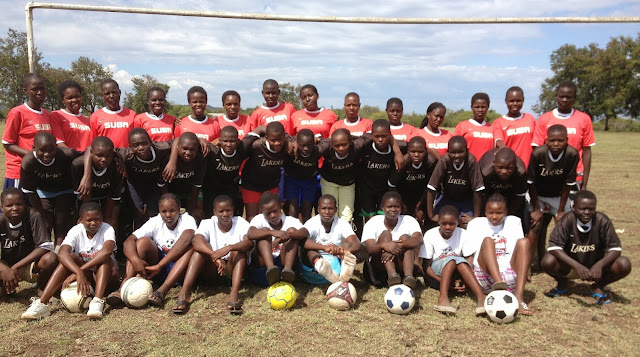 December will be a busy month as we plan to participate in the KYOC tournament in Kisumu and the Suba Sports Council tournament in Rusinga.  We have also been invited to play an exhibition match against another top team in the county for the Jubilee Celebration of the 50th Anniversary of Kenya’s Independence. We’re looking forward to some great football, but, more importantly, mentoring and encouraging the girls.
Posted by Daneen at 4:17 AM