My Choice, My Future 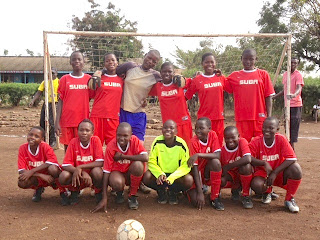 The Kisumu Youth Football Association (KYFA) hosts a Nationwide Girls Tournament each year, located in the city of Kisumu.  This tournament attracts competitive teams from Nairobi, Eldoret, Nakuru, Mombasa, Kitale and other parts of Kenya.  In past years, we have always brought a team to compete in the Open Age category and a team to compete in the Under 15 age category.  Because most of the secondary girls had just finished a long school football season, we decided to focus on the younger ones and only brought an Under 15 team.  We’ve participated in this tournament for the past four years, and each year our team reached the semifinals; winning it the first year and finishing in third place every other year.  This year we wanted to strive to regain the 1st place trophy which we believe we deserve as one of the best young teams in the country. 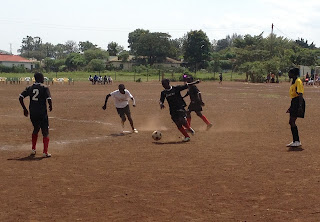 In sticking to the Suba Laker way of playing by the rules and regulations of each tournament, we are careful about only bringing players that fit into the age category.  Our players must have birth certificates that confirm they are Under 15 years old.  This means that we often are forced to leave some very good players off the team because they are a little too old.  Often times, it seems like we are the only team which upholds to this value of sticking to the rules.  We always find other teams having players who are much older than the designated age.


For this tournament, the matches are played on smaller fields with smaller goals and only 7 players on a side.   This allows younger players the opportunity to be more involved in the game, with each player getting more ball touches in the match.  With fewer players on the pitch, it is important for each one to be a quality player! 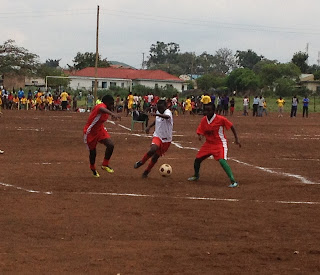 Our young players were up for the challenge and on the first day of preliminaries we managed two wins, both 1-0 on goals by our youngest and smallest player, Brenda June.  Those results put us on top of the pool, tied with Port Florence.  We met Port Florence in the first match on the 2nd day.  Even though they were much bigger and older, our girls managed to control the ball possession and dominated the game, though we found it difficult trying to score in the smaller goals.  In the closing minutes, Port Florence took a shot from outside the box, and our goalkeeper mishandled the easy ball to give them a 1-0 victory.  She played great the whole tournament and only allowed that one goal, but unfortunately it cost us dearly.  In the final match we needed a 2-0 victory to clinch 2nd place in the pool and qualify for semifinals but we came up just short.  It was painful to watch one of the teams we defeated the first day, a skilled team from Nairobi, make it all the way to the finals. Sometimes- that’s just how sports go! 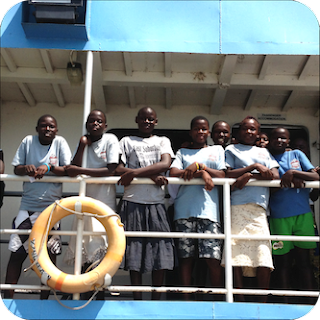 The most positive outcome of the KYFA tournament was what happened off the field.  This year’s theme was, “My Choice, My Future.” They brought in guest speakers to share with all of the teams about the importance of having positive relationships, abstaining from sex until marriage, and making wise choices to build a better future.  The girls were challenged on many different levels and were able to share many different things that they learned and want to apply to their lives.  Mary Lucy, one of our older girls who finished high school last year, was taking care of the younger girls in the classroom where they were sleeping.  She was also able to share devotions with them each night and each morning, and spend time in prayer and worship. Though we didn’t take home any trophy, these girls benefited very much from participating in the KYFA tournament; and really enjoyed the journey across the lake.
Posted by Joe Peterson at 7:22 AM