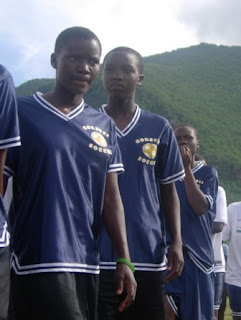 One of our Suba Laker Girls received an invitation to attend the Under 19 National Ladies Team Trials in Nairobi this weekend.  Caren Akeyo travelled eight hours to reach Kenya's capital city for the first time in her life.  Seventy players from across the country were invited for the tryouts.  The twenty five players selected will represent the country during a tournament in Lesotho which is near South Africa.  The players camped at a very nice hotel called Sabina Country Inn which is where the National Youth Talent Academy is currently calling home.  They conducted the tryouts at Nyayo National Stadium.
After the first day Coach Florence Adhiambo made cuts and sent twenty players back home.  Caren survived the first cut but wasn't so fortunate on Sunday.  She didn't make the final cut, but the coaches were impressed with her ability and asked her to come back in two weeks for the under 17 tryouts they will be having as they prepare a team to compete in The Netherlands in December.  Caren is only 16, but shined while competing against some of the best players in the country. 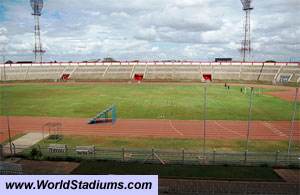