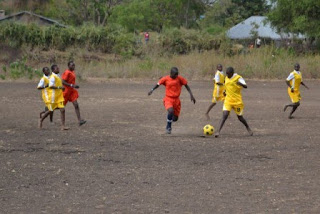 16 primary school teams arrived early on Friday morning, 29th July ready for the 7 v. 7 competition for girls aged 14 and below. Each team played three preliminary games before moving to the knockout stages. Wasaria Primary, Christ's Gift Academy, Mbita Primary and Usare Primary won their respective quarterfinal matches. In the semifinals Usare Primary eliminated Wasaria from title contention with their victory and Christ's Gift Academy dispatched Mbita Primary. In the third place playoff Mbita Primary emerged victorious over Wasaria 1-0 on a goal by the tournament's top scorer (and one of the smallest players), Laurine Achieng. In the Championship game Usare and Christ's Gift Academy battled toe to toe, taking their shots at winning in regulation. The match ended scoreless and went to penalties where Usare won 3-1.

The 200 participants were also taught how to take control of their own lives and make decisions that will help to build a better future. Lucy Ondari from CRADLE shared with them at the beginning of the day and Joe Peterson shared the Gospel with them during a bre 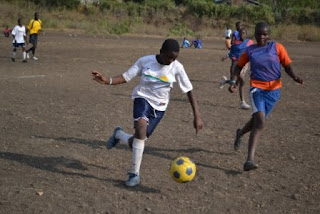 ak in the action. The District Quality Assurance Officer also took time to watch them play and share some important pieces of advice.

The day ended with an awards ceremony, honoring the outstanding teams and outstanding individual performers from the day. Each team received a ball and a certificate. The 2nd and 3rd place teams both received cash awards given directly to the participants. The 1st place team also received a cash prize, along with a jersey and pair of shorts for each player. The outstanding performers were also recognized and given jerseys and shorts. The list of awards consisted of: 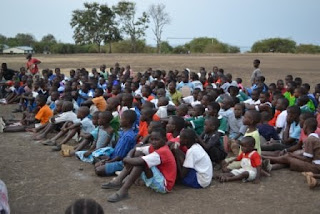 Some of the teams attracted large cheering sections, especially from boys who came to watch. People were impressed at the level of talent that girls could display on the field, especially from some very young girls. It was a 14 and under tournament, but the top two goal scorers were 12 and 10 years old respectively. Mbita continues to demonstrate that they can boast of some of the top up and coming girls in the country. 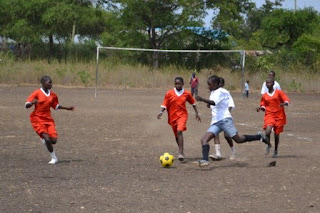